Lunar month: 9 ; Host or Controlling line : 6
For all about the history of the I Ching / Yi Jing click here and for a description of the methods of divination click here. To get your own reading of the Yi Jing online click here. For a guide to what all this means click:
Show Key
剥: 不利有攸往. Bō: bù lì yǒu yōu wǎng.

Bo indicates that (in the state which it symbolizes) it will not be advantageous to make a movement in any direction whatever.

Bo denotes overthrowing or being overthrown. We see (in the figure) the weak lines (threatening to) change the (last) strong line (into one of themselves). That 'it will not be advantageous to make a movement in any direction whatever' appears from the fact that the small men are (now) growing and increasing. The superior man acts according to (the exigency of the time), and stops all forward movement, looking at the (significance of the) symbolic figures (in the hexagram). He values the processes of decrease and increase, of fulness and decadence, (as seen) in the movements of the heavenly bodies.

(The trigrams representing) the earth, and (above it) that for a mountain, which adheres to the earth, form Bo. Superiors, in accordance with this, seek to strengthen those below them, to secure the peace and stability of their own position.

The first ‘six’, divided, shows one overturning the couch by injuring its legs. (The injury will go on to) the destruction of (all) firm correctness, and there will be evil.

'He overthrows the couch by injuring its legs:' - thus (he commences) his work of ruin with what is lowest (in the superior man).

The second ‘six’, divided, shows one overthrowing the couch by injuring its frame. (The injury will go on to) the destruction of (all) firm correctness, and there will be evil.

'He destroys the couch by injuring its frame:' - (the superior man) has as yet no associates. 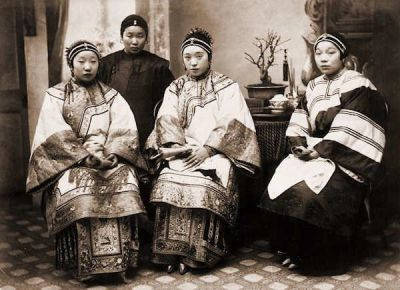 The custom of binding the feet of girls from a very early age lasted from the Sui to the Qing dynasty and was at times inflicted on half of all girls. It was seen as a badge of wealth of a household because it implied that the family was rich enough to not need women to carry out physical work and kept them house-bound. When not too poor, families would have their girls' feet bound and so live out their lives indoors, bringing up the family. Read more…

The third ‘six’, divided, shows its subject among the rebels; but there will be no error.

That 'there will be no error on the part of this one among the rebels' arises from the difference between him and the others above and below.

The fourth ‘six’, divided, shows its subject having overthrown the couch, and (going to injure) the skin (of him who lies on it). There will be evil.

'He has overthrown the couch, and (proceeds to injure) the skin (of him who lies on it):' - calamity is very near at hand.

The fifth ‘six’, divided, shows (its subject leading on the others like) a string of fishes, and (obtaining for them) the favor that lights on the inmates of the palace. There will be advantage in every way.

'He obtains for them the favor that lights on the inmates of the palace:' - in the end there will be no grudge against him.

The topmost ‘nine’, undivided, shows its subject (as) a great fruit which has not been eaten. The superior man finds (the people again) as a chariot carrying him. The small men (by their course) overthrow their own dwellings.

'The superior man finds himself in a carriage:' - he is carried along by the people. 'The small men (by their course) overthrow their own dwellings:' - they can. never again be of use to them.

Understanding the teachings of Confucius is essential to understanding both Chinese history and the future. This modern translation of the old sage's work from 2,500 years ago. It includes not only the Analects of Confucius but also The Doctrine Of The Mean and The Great Learning.
Amazon details... ➚
This translation of the YiJing classic text uses the original Chinese including the 象传 Xiàng zhuàn commentary converted to modern simplified characters and pinyin. The English translation is based on William Legge (1899) ➚ which is now out of copyright. We have changed some wording and converted to American spelling. We hope to replace this with a more modern translation. 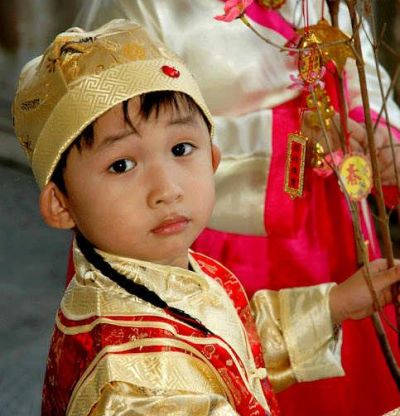 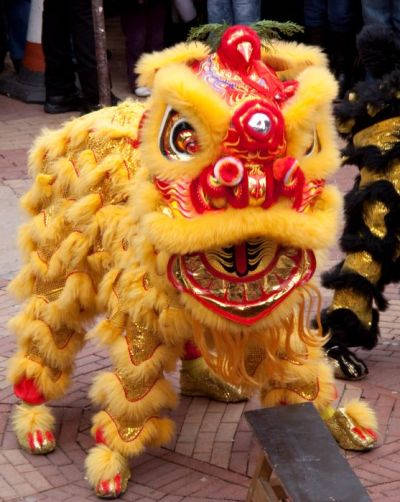